ProvenDocs is a P.E.R.N (ProvenDB, Express, React, NodeJS) stack application built to demonstrate, test and expand the functionality provided by the ProvenDB Blockchain database framework. ProvenDocs allows users to store, update and prove documents on the Blockchain as well as create documentation about their proof and how to validate it. For a full list of features, see the Features section. 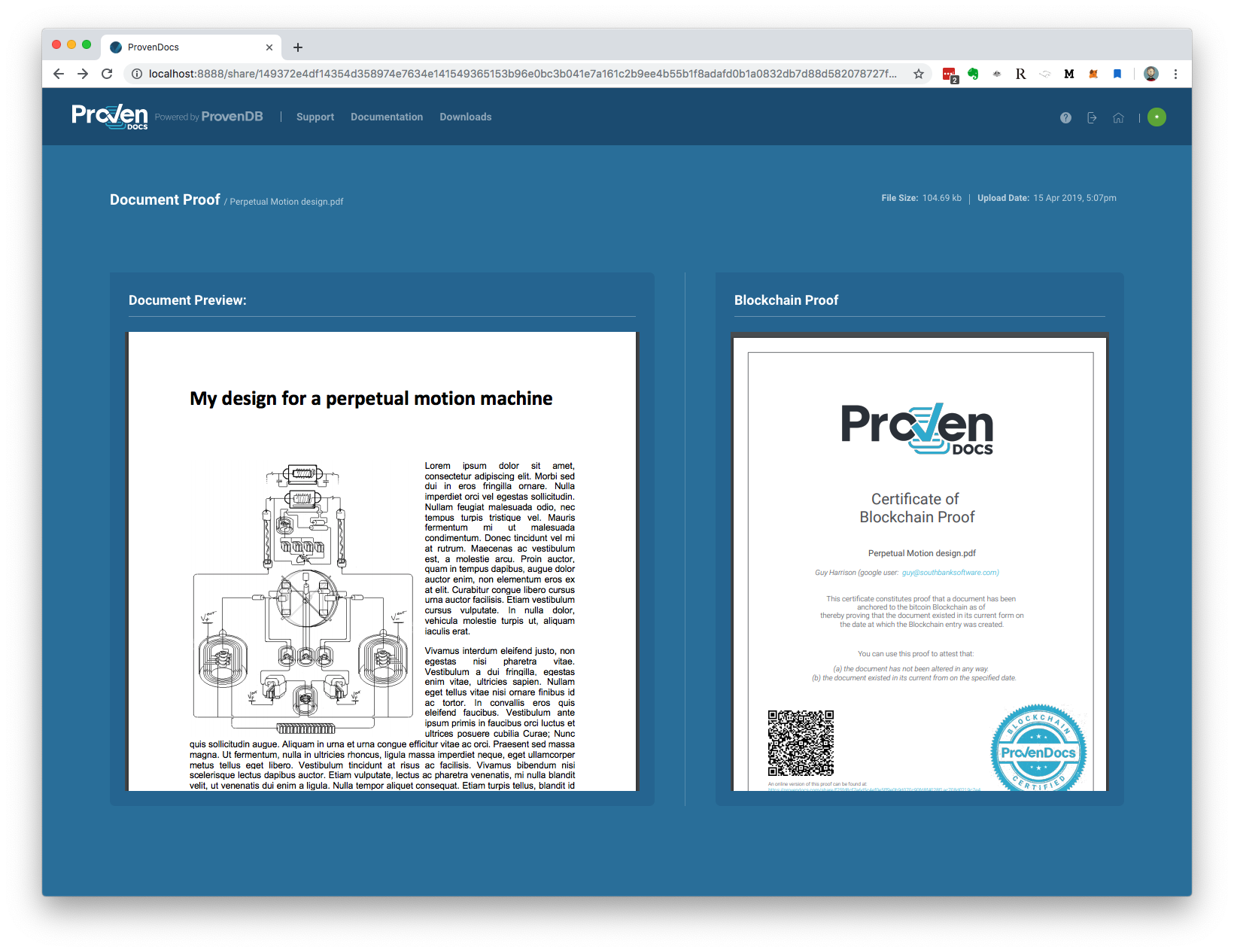 ProvenDocs also serves to demonstrate to developers how they could build their own applications on top of ProvenDB using the standard Mongo API and the extended ProvenDB API for Blockchain specific features. For more information on developing on top of ProvenDB, see the Development section.

How does it work?

ProvenDocs is built using ProvenDB as it's back end.
ProvenDocs handles the User Interface and rendering of information, but all the complicated Blockchain magic is done behind the scenes as part of ProvenDB core functionality.

From the perspective of ProvenDocs, it is simply an application storing some documents in a MongoDB database, using the same drivers, syntax and commands that would normally be used with MongoDB.
However on top of the standard API, there are additional commands and functions unique to ProvenDB that allow ProvenDocs to submit documents to the Blockchain, verify them and retrieve information about the proofs themselves.